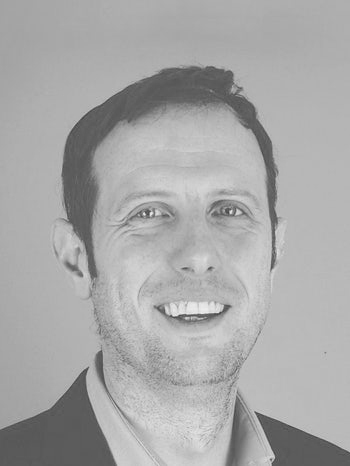 To mark the launch of Ampla Finance’s beneficiary and executor loans in Scotland, we sat down with Euan Fleming, Head of Private Client at leading Scottish law firm Gilson Gray, who has worked with us on our launch.

Q: Can you tell us more about what Gilson Gray has been doing with Ampla?

Euan: At Gilson Gray, we’ve been helping Ampla to ensure their beneficiary and executor loans are compatible with Scots law.

As an innovative firm, we pride ourselves on doing things differently and breaking new ground. Ampla has a similar mindset and so it felt right for us to help a fellow pioneering and forward-thinking business. I’ve thoroughly enjoyed working with and getting to know the Ampla team throughout this process.

Q: Are there differences between Scots law and English law when it comes to inheritance that had to be considered before Ampla rolled out its legacy products in Scotland?

Euan: There are different legal risks to consider when launching products like Ampla’s in Scotland than there are in England and Wales.

Succession law in Scotland means there is a whole concept of forced inheritance that doesn’t exist in England. This means that spouses and children have certain rights over an estate, no matter what is written in a will, for up to twenty years after death. It sounds like something lifted straight from the plot of a film, but I have worked on cases where an unknown sibling has appeared several years later. This is a rare occurrence, of course, but it does happen.

Q: What have been the recent trends in the Scottish legal market?

Euan: There has been a growing trend over the last fifteen years or so of UK consolidator firms acquiring Scottish law firms. Whilst this has benefitted many firms from a corporate law perspective, it has unfortunately resulted in many private client practices being cut back or disbanded.

During recessions, traditionally the workload of corporate and restructuring practices has been reduced, whilst private client practices have remained strong, even saving some entire firms in the process.

I’m proud that the private client practice remains a key aspect of Gilson Gray’s offering, with us having clients based the length and breadth of the country. We are Scottish centric firm but are also home to quite a few dual qualified lawyers. We also have fantastic relationships with firms in England and right across Europe, which we’re all looking forward to building on and developing further in the coming years.

Q: How can Gilson Gray be described as an innovator firm?

Euan: Despite Gilson Gray being only seven years old, we’ve already rattled a few cages in that time. We’ve been innovative by using technology to our advantage. I like to say that we’ve been using Zoom and Teams long before it was cool – or necessary – to do so, making things as easy for our clients as possible in the process.

All of us at the firm have trained and previously worked at large Scottish law firms. This has allowed us to combine the best operational elements that work well for the big players with a fresh approach and mentality.

Q: What are your career highlights to date?

Euan: Joining the partnership at Gilson Gray has of course been an absolute highlight. It came through a bit of a chance meeting. I was very young to be brought on, not only into the partnership but also as Head of the private client practice, which was a really exciting move to make at that stage of my career.

Private client work is the only type of law I could see myself doing. I like to get out and about, speaking to people and trying to help their individual problems. I’ve been fortunate enough to work alongside some fantastic clients during my time at the firm, and I’m looking forward to working with many more as the firm continues to grow in the years ahead.

One of things that I am most proud of at Gilson Gray is the amount of charity work that we undertake. In particular, we’ve done some work for the My Name’5 Doddie Foundation, set up by Scottish rugby great Doddie Weir. This has been such rewarding work and it’s been fantastic for the entire Gilson Gray team to help contribute to such an important and much-needed cause.